Why are there no Roman records of Jesus? 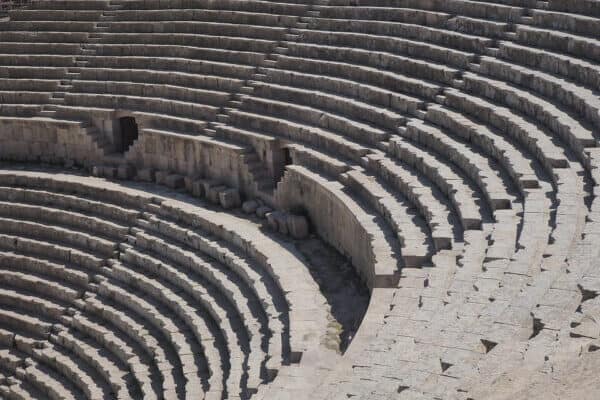 The silence of antiquity. The Roman empire kept extensive records, so why is Jesus’ trial and crucifixion not recorded.
Why did Pontus Pilate not write about Jesus? Why didn’t Herod’s court make a record of Jesus? Often a string of ancient names (contemporaries of Jesus) will be listed and then it will be pointed out that non of them mentioned Jesus. That’s like pulling 100 books from the 1920s off the shelves of the library and saying, “non of these books mention Babe Ruth, so he must not have existed.”
The bottom line is, very few records from that time have survived. Even Pontus Pilate himself only has a few surviving references that verify his historical existence. We only have one reference to Pontus Pilate by a Roman Historian, and that reference was only there to give a frame of reference to who the sect of Christians were.
So, most of what we know about Pontus Pilate actually comes from the Bible.
There are a couple of things we need to remember. Jesus was only famous with a very small amount of people within his lifetime. Why would anyone write about him outside those who were his followers? Secondly, we don’t know whether Pilate, or Herod, or any other Roman official ever wrote about Jesus, because so many of the Roman records did not survive. There may have been records about him, but we don’t have any of the notes or records that Pilate’s administration kept from the time frame. Be sure you caught that line. They are gone, burned, eradicated, non-existant. This is the case with most of the documents and records of the time.
The only way documents survive through the centuries is if they are copied. Copying had to be done by hand. It was expensive. Only the most important documents would be kept. Why would the execution record of one so-called insurrectionist survive? After all, people were being executed by the thousands all over the empire.
This sounds like an intelligent argument, until you understand what small number of documents have survived through the centuries. When you consider the scant amount of documents that we have from antiquity, it’s actually EXTREMELY stunning that we have so many documents about Jesus. It’s almost unthinkable that so many were deemed valuable enough to be copied over and over. The only reason that this would be, is if something really important like a real live divine Jesus existed.
Condividi questo articolo