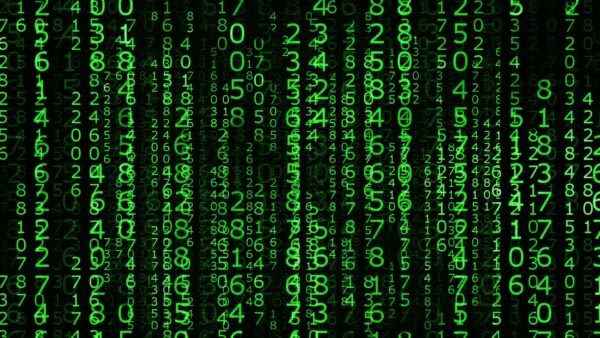 “Have you ever had a dream, Neo, that you were so sure was for real? What if you were unable to wake from that dream, Neo? How would you know the difference between the dream world and the real world?”

The year is around 2199, although we think it’s 1999 and man has lost the war against Artificial Intelligence and is now being farmed for energy purposes (a little over 120 volts to be precise). People are literally being grown in order to fuel the technology that has taken over the world. Earth as we think we know it actually doesn’t exist-the Matrix just allows us to think it does. The machines don’t want us to go brain dead before all our little electric currents are consumed. A rebel group has managed to escape from the Matrix, and is attempting to find and train their “savior”, Neo (Keanu Reeves), a computer programmer/cyber-terrorist who wakes up from a dream only to find that maybe it’s not a dream. Morpheus (Laurence Fishburne), the leader of the group, along with cyberchick Trinity (Carrie-Anne Moss) offers Neo a choice between two pills. The blue pill will allow him to continue to exist in ignorance, and the red pill will signify his choice to find the truth. Neo chooses the red pill.

The movie sets up two types of reality: perceived reality and real reality. Within this the film pushes the question of a higher power’s existence, and while the film doesn’t presume to know who that higher power is, it does assume that there is an absolute truth, and that this truth can be known. Unfortunately, most of humanity has chosen not to know it. The result is a world that is ruled by the gods it created, the gods of science, technology and progress.

The rebels refuse to accept that they are alive only to feed the Machine, and as a result the audience is encouraged to do the same. While we aren’t literally being farmed for energy purposes, we are under the rule of that which we create. The things that were supposed to make life easier, like cars, blenders and washing machines have succeeded in freeing up our time, but then we just work more to get more stuff that will make life “easier”. Despite this “progress” we still cry, feel pain, and hurt others. Ultimately we still die. Death is the one thing we fight against from the day we are born, and yet it’s the only thing that’s inevitable. Just like the average person in the Matrix, we like to believe that we have control and that we can achieve a perfect world and exist in it eternally. However, in our attempts to control our own lives and futures we only end up in a big mess. It’s like deep down we know what’s true. Similar to the characters who don’t know about the Matrix, we walk around doing whatever it is that we do, virtually oblivious to where it all really ends. We think that we are omnipotent, and that if we just work hard enough, if we know ourselves a little bit better, we can create our own little heaven. Little do we know that nearly everything we think we believe is the result of the lies we are told daily by the gods we made. It’s interesting how in day to day life (thanks to Hallmark) heaven is made to look like fluffy clouds and little fat babies with wings. Who got that idea? To be quite honest, if somebody makes me sit around and play a harp for eternity, I’m going to be pretty mad. My point is that in the end the whole truth will look and feel only a little like we’ve expected. We are given the core truth of who God is and what he desires for us, but to think we can comprehend all possible truth on our own is ludicrous.

A key moment in understanding this purpose in the film is when one of the AI agents within the Matrix, Agent Smith (Hugo Weaving), tells Morpheus that the Matrix was originally designed to be some sort of utopia for man while he waited to be munched upon by metal and microchip monsters. Humanity couldn’t take the imperfect perfection, however, and rebelled. Smith informs us that the theory behind that rebellion is that the machines couldn’t comprehend the depth of a perfect world for humanity, so it didn’t work. Humanity made the machines, just as God made man. The parallel is that the machines could not comprehend nor create a perfect world for its creator. Neither can humanity. Our world is fallen, as are we, so how can we presume to create a perfect world when we ourselves are imperfect? How can we presume to know what’s best, especially if we don’t even know who the first and perfect creator is?

Also implicit in Smith’s statement is the suggestion that humanity was created for a perfect earth. This is where the machines failed. How can they create a perfect world, when they don’t even know what the inhabitants were originally created for? They are imperfect gods. Still they try, just as we do, and it would seem that we’re always just one step away from absolute bliss, but somewhere deep down we know something’s wrong. TV commercials and, yes, even films convince us everyday that if we just get X, Y or Z, then life will be worth living. This isn’t to say that we shouldn’t have things. I like my stuff too, and there’s nothing wrong with owning it, but it’s not the point of life. Technology has the potential to destroy us, not because it’s inherently a bad thing, but because progress and material things become our gods, our reason for living. I can tell you quite certainly that God did not create me so that I could run up a MasterCard bill, but that I could know him and be with him.

In the end we can assume, for the most part, that this is reality, that the year actually is 1999…maybe. But does it matter if it isn’t? The fact is that ultimately we know that the life we know was not the life we were originally intended for. The Matrix has a good point, and that is to question all that you know and all that you are told…always. There is an ultimate truth-some have the benefit of knowing it. For those of you who don’t, I recommend the red pill.