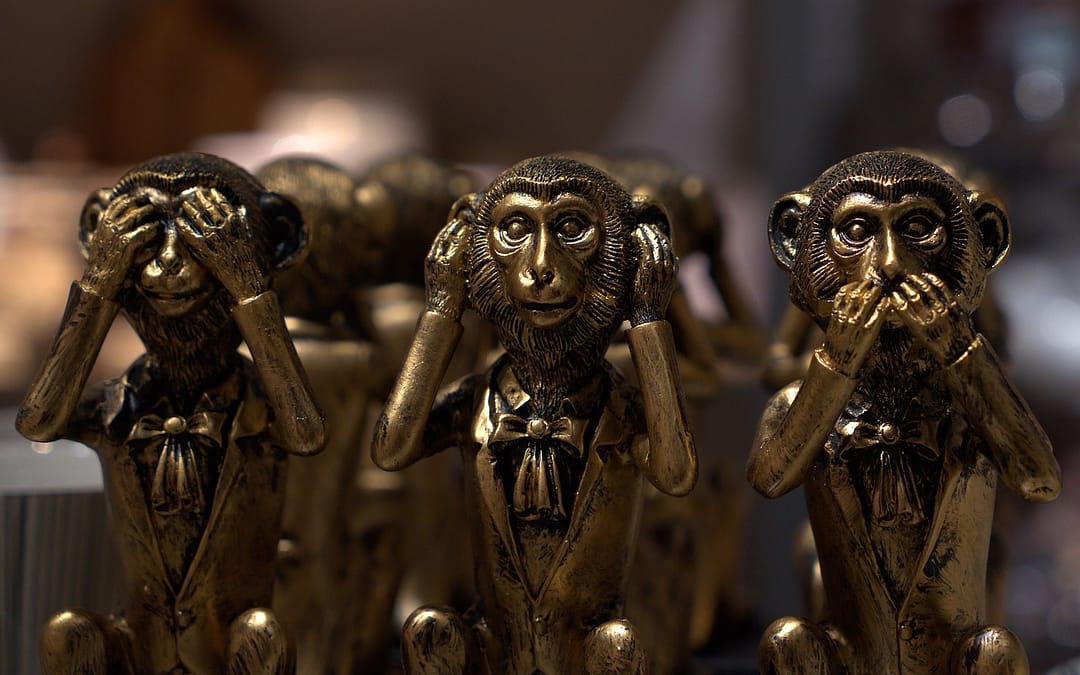 People talk about morality a lot. Some say there are moral facts, others that moral codes are subjective and depend on culture. I have read the argument that human moral instincts are the product of evolution, or simply the collective experience of what works. Others claim that morality is of divine origin and part of the imago Dei, the image of God, in which humans were created.

This is a tough subject, almost as tough as the question of evil. And it’s primarily a problem in philosophy, although some folks have tried to make it all about science. (Of course, these are the same folks who make everything all about science.) Because it’s so hard to figure anything out about the nature of good and evil, I generally stay away from the subject. But I do have some ideas on the matter, and while probably naïve and way under the standard for philosophical discourse (I am, after all, only a mere scientist), I thought this blog would be a great place to express them – since, well, why not?

So what is my view of morality? In a nutshell, I believe that all of the statements in the first paragraph above are correct. There are moral facts and morality also depends on culture. Evolution plays a role in how people behave, and we do learn to do better on practical, empirical experience. And morality is a central aspect of our God-given human nature. The idea that any of these statements are mutually exclusive with any of the others is an example of the kind of philosophical absolutism that has become (or maybe has always been) so popular: if human nature derives from genes, then culture has no role, and vice versa. The truth, of course, is that both play a role. Another example of modern absolutism is the idea that since science tells us a lot about the world, only science can tell us anything true about everything.

But let’s get back to morality. Most humans agree with and generally follow certain moral principles, such as “it’s wrong to harm children,” and “it’s wrong to cause death or pain to another human being.” But for many other issues of moral behavior –and, in fact, for even these basic ones – different cultures can have different codes. By different cultures, I mean both different parts of the world and the same part of the world at different time periods. Causing the death of human beings used to be far more tolerated in most cultures than it is today. The death penalty was accepted as a just punishment for murder, theft, vandalism, some forms of sexual misconduct, etc. in cultures from Asia to the Middle East to Western Europe a mere 500 years ago. Slavery, a practice we all find repugnant today, was wide-spread in the ancient world and deemed not only acceptable but necessary for a functioning society. The abolition of slavery in the Mediterranean world would have been as impossible to conceive of as the enforcement of a fully vegan diet in the Western US (although no doubt some people feel the two are morally equivalent).

Did we get our moral standards from the evolution of the human brain? Or have moral values simply kept pace with the growing recognition that certain ways of acting make our lives better? As I said above, both are true to some extent. Like other primates, we are social, and genetically based instincts that act in ways that do not disrupt but reinforce group success are likely inherited from our primate forebears. And yes, it’s probably true that people have come to see that some ways of behaving toward our fellow creatures don’t really work that well. Early historical moral codes like the ten commandments are probably based on such experiences in agrarian, civilized societies.

But none of these things tell the whole story about morality and the role it plays in human interactions.  The concept of right and wrong is uniquely human. As C.S. Lewis so eloquently pointed out, arguments between people are almost always about whether somebody did or said something “wrong.” This assumes that there exists a right and a wrong. When accused of being “bad,” only a psychopath would say, “yeah, so what?” Everyone else will answer either “No, I didn’t do that,” or “Well, I did that, but I had a good excuse.” Some might argue “I did it, but it isn’t wrong to do that”. But in every case, there is tacit agreement that there is such a thing as “wrong.”

Where did humans get this idea that something exists that is morally right or not? Not from evolution. While other animals do good things or bad things, they are not aware of the existence of good or evil. They simply do what they do. They can be trained, of course, but that is a function of human definitions of good and evil, not theirs. The fact that many mammals care for their young, protect their mates, and do other things that we consider to be morally right is not relevant to the question of right and wrong.

Animals don’t do these things from a learned moral code, or because they were born with a human-like understanding of the concept of good and evil. All the individuals of a species will exhibit the same behavior, a sure sign that this is a built in, programmed result of an evolutionary based instinct or biologically determined response. The fact that human morality is largely culturally based, and not universal in time or across cultures argues strongly against a biological evolutionary mechanism. Of course, kindness toward kin and care of offspring, are not only considered moral, but are also likely originated from evolution. But how to care for one’s offspring, is not.

So where did that come from? And when did that start? We don’t know, but human beings as a species are about 250,000 years old, and there is no evidence that the human brain includes any particular genetic polymorphism linked to a concept of right and wrong. In fact, one would be hard pressed to imagine what sort of protein (which is the product of genes, after all) might have as its function making us recognize that it’s possible to be bad or good. Perhaps the answer is that morality, like so many amazingly complex non-material thought processes from mathematics and humor to sexual proclivities and literary creativity, arises from the billions of neural interactions in that incredibly complex organ, the human brain. Maybe. But that isn’t really an answer, is it? It’s a confession of ignorance.

Francis Collins tells us that one of the most compelling arguments that led him to accept Christianity was what he called the moral law. By this he means not just that people have a sense of morality, but that sometimes that moral sense can take such radical forms, as in extreme cases of self-sacrifice or altruism, that it defies logic, common sense, and a host of biological imperatives. The moral law says that we know what is right and what is wrong, and we often do the latter, for which we feel another uniquely human trait: guilt.

As a Christian, I agree with Lewis and Collins, and I see the concept of morality as something given to human beings by our Creator. The Bible presents the creation of Adam as God’s breath bringing to life of a creature made of clay.  But the moment when Adam and Eve became fully human, as we are today, was when they learned of good and evil, and in that moment also knew they had sinned.

Sy Garte, Sy Garte, Ph.D. Biochemistry, has been a Professor of Public Health and Environmental Health Sciences at New York University, Rutgers University, and the University of Pittsburgh. He was also Associate Director at the Center for Scientific Review at the NIH. He is the author of five books, over 200 scientific papers, and articles in Perspectives on Science and Christian Faith, God and Nature and The BioLogos Forum. Sy is Vice President of the Washington DC ASA Chapter, and a fellow of the ASA. He is Editor-in-Chief of God and Nature since Spring 2018, and the author of The Works of His Hands.