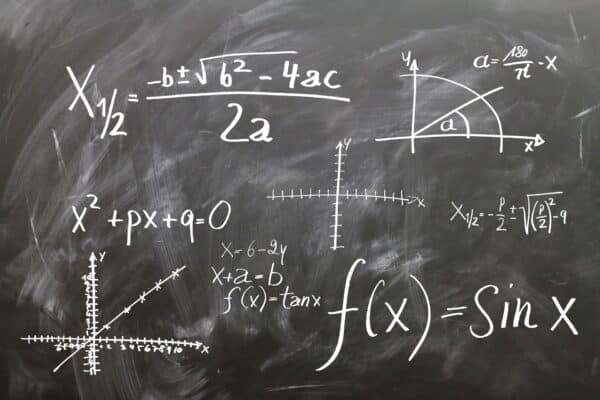 Even nothing is something in the quantum world.
It’s one of those philosophical questions we occasionally ponder: What is nothing? Can nothing be something? If not, then how can something come from nothing? 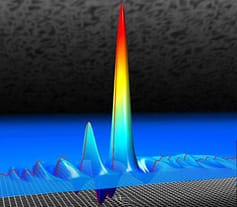 If there’s one scientific field on the forefront of such conceptual paradoxes, it’s quantum theory. And in quantum theory, nothing actually is something … sort of.

See, according to quantum mechanics, even an empty vacuum is not really empty. It’s filled with strange virtual particles that blink in and out of existence in timespans too short to observe. Nothingness, on the quantum level, exists on a level of intuitive absurdity; a kind of existence that is paradoxical but, in some conceptual sense, necessary.

Science isn’t usually comfortable dealing with phenomena that can’t be observed. That’s what makes this latest breakthrough, from physicists at University of Konstanz in Germany, so very profound and important. According to their research, recently published in the journal Nature, the nothingness that exists on the quantum level is not only something, but its fluctuations can be grasped, manipulated, and perhaps even observed.

That’s not supposed to be possible on the quantum level. One of the truly mind-bending axioms of quantum mechanics relates to something called Heisenberg’s uncertainty principle. Basically, it’s the idea that you can’t measure something on the quantum level without fundamentally altering it. In other words, as soon as you attempt to observe some quantum system, the very act of observing it destroys it.

What the University of Konstanz researchers are claiming goes against this fundamental principle. They claim to have peered directly into the darkness and to have seen it for what it truly is. Or at least, they believe they have uncovered a method for actually observing things on the quantum level without destroying it.

Getting a handle on nothingness
How did they do this? Their method essentially involves firing a super short laser pulse lasting only a few femtoseconds (which, if you’re counting, is measured on the level of millionths of a billionths of a second) into a “squeezed” vacuum. As the light fires through this vacuum, subtle changes in the polarization of the light can be analyzed to reveal a map, of sorts, of the quantum nothingness.

The “squeezing” of the vacuum is the real magic of this method. Perhaps the easiest way to think about it relates to what happens when you squeeze a balloon. The balloon expands and tightens in some areas and feels depleted in others.

This principle is charted on the graphic seen at the top of this article. As the vacuum is squeezed, quantum fluctuations peak in some parts of the vacuum while other parts actually drop to below the background noise level. If the method proves to be sound, it’s a game-changer.

“As the new measurement technique neither has to absorb the photons to be measured nor amplify them, it is possible to directly detect the electromagnetic background noise of the vacuum and thus also the controlled deviations from this ground state, created by the researchers,” explains a press release from the university.

The study still has its limitations. At best, it merely represents our first foray into the something that mysteriously permeates the void. It’s an encouraging first step, however; one that promises to peer deeper at the philosophical absurdities of existence than ever before.

What is there to see when you squint into the heart of darkness? We may soon find out.