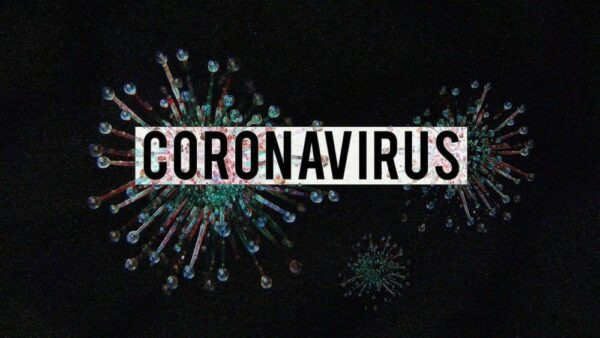 MARCH 17, 2020
Francis Collins speaks about the coronavirus, his faith, and an unusual friendship.

There are estimates that if nothing goes right and if we fail to flatten the curve and if health systems are overwhelmed, we might see the deaths of as many as a million and a half people in the United States.”

That’s what Francis Collins, the director of the National Institutes of Health, told me on Saturday. Collins is one of the most widely respected physician-geneticists in the world, who is deeply involved in containing the coronavirus pandemic. (Anthony Fauci, arguably the leading infectious-disease specialist in the world, works for Collins at NIH and is a close friend.)
Collins was not offering a prediction, but a realistic worst-case scenario of what awaits America in the next eight weeks or so unless, in his words, we embrace “the more extreme version” of social distancing.
“If you look at the rates of new cases that are being diagnosed, we’re on an exponential curve,” Collins told me. “That curve, some would say, places us only about eight days behind Italy. If that’s true, we have only a very short period of time before this becomes an obvious national crisis with many people presenting with serious illness and hospitals quickly becoming very stressed with the ability to handle all of these sick people, especially older people who are at higher risk and who may need not just a hospital bed but even a ventilator.”

I asked Collins if that means that we seem to be tracking with what happened in Italy.
“Right,” Collins told me. “If you look at the curve of new cases being diagnosed over the course of the last month, just look at the curve of what happened in Italy, and then look at our curve in the U.S., and you say if you go back eight days from today, they had about the same number of cases that we have today—that is, slightly over 2,000. And then if we follow that same track, then eight days from [March 22], we would be having the same kind of incredible crisis that they are facing.” (The New York Times, in describing the catastrophe befalling Italy, wrote, “The coronavirus epidemic raging through Italy has already left streets empty and shops shuttered as 60 million Italians are essentially under house arrest. There are the exhausted doctors and nurses toiling day and night to keep people alive. There are children hanging drawings of rainbows from their windows and families singing from their balconies. But the ultimate metric of pandemics and plagues is the bodies they leave behind. In Italy, with the oldest population in Europe, the toll has been heavy, with more than 2,100 deaths, the most outside of China. On Monday alone, more than 300 people died.”)
Collins added this important qualifier: “Now we have a chance to change that, by applying now the most draconian measures on social distancing to try to limit the spread of coronavirus from person to person. But we will not succeed at changing the course from that exponential curve unless there is full national engagement in those commitments to try to reduce spread. I think we’re getting there; certainly in the last few days there seems to be a lot of waking up to just how serious the threat is, but that’s obviously not universal across this large and complicated country.”Since our interview, we’re seeing what “waking up” means in concrete terms: Ohio is postponing its presidential primary and ordering restaurants and bars to close as of 9 p.m.; Washington State and Maryland announced the shutdown of restaurants and bars (except for delivery and takeout), and entertainment venues and recreational facilities. The new mandates from Washington’s Governor Jay Inslee will also require reduced occupancy for retail outlets. California called for all people 65 and older to shelter in their homes. In Los Angeles, Mayor Eric Garcetti closed movie theaters and gyms, while the Bay Area is in lockdown, requiring people to stay home except for essential needs. More than 30 states have closed down schools. The Centers for Disease Control and Prevention recommended Sunday that no gatherings with 50 people or more—including weddings, festivals, parades, concerts, sporting events or conferences—be held in the United States for the next eight weeks. On Monday, it went a step further, saying we should avoid gatherings of more than 10.
When I asked Collins what has surprised him most about the coronavirus from his perspective as a doctor and a scientist, he told me: “The degree to which this is so rapidly transmissible. More so than SARS was. SARS was a terribly scary situation for the world 18 years ago, but it never reached the level of infections or deaths that we have for this coronavirus because it wasn’t as transmissible. SARS was transmissible but only from people who were really very sick. This one seems to be transmissible from people who have minor illness or maybe no illness at all—which is why it has been so difficult to get control or to know when you should be imposing these stringent measures we’ve been talking about. If you wait until you’ve seen lots of affected cases, you know you’ve waited too late because the number of people who haven’t yet turned up in the health-care system but who are already infected is probably 100 times the number of cases you know about.” Continue reading…..
Condividi questo articolo