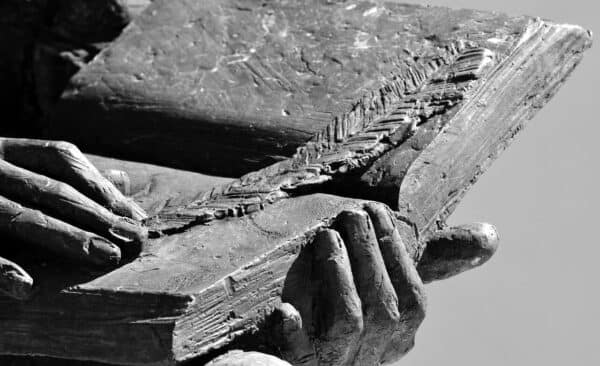 3) Evidence gathered at the frontiers of modern physics tells us that if any one of a number of features of the universe had been even slightly different, life as we know it would be impossible. Various physical constants have the right values to an astonishing degree of accuracy. To take just one example, the ratio between the gravitational and electromagnetic forces must be fine-tuned to one part in in 1040 (that’s a one with 40 zeros after it!) Life is exquisitely beautiful, so it is the sort of complex good that a rational agent would value. Human life has immense value (why do we have to spell that out to humanists?) So our universe is much likelier if a powerful, rational agent designed it!

4) Mathematics works! It plays a fundamental role in physics and has given rise to so many precise predictions which have been verified experimentally. Why is it that the laws of physics can be written in the language of mathematics? Again, we cannot avoid the impression that a mind, with some properties in common with our own, is responsible for the nature of our universe.

5) It is astonishing that the universe is orderly; it is even more astonishing that we can understand it! It might not surprise an atheist that we are rational enough to survive in our immediate environment; however, it is very surprising to discover that we can describe the quantum world. The success of science depends on a match between our minds and the deep structure of the world. Theism can explain the match; atheists just assume that we got lucky.

by David Glass and Graham Veale