Isn’t the Bible just another book? 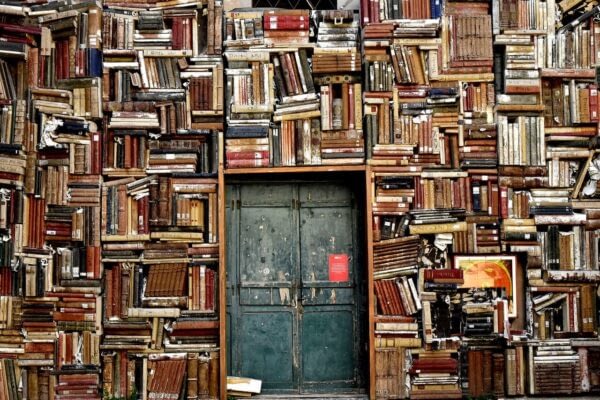 There is an objection that goes like this: “The world contains too many books to count, so how can one single book be the source of information about God? It’s implausible to think that a book as far-fetched as the Bible, with all its miracle stories, could be unique in revealing who God is. The Bible is really just another book.”

As I’ve thought about this objection over the years, I’ve realized something that I’ve found helpful. I’ve become aware that the personal/relational aspect in the world around us seems, in general, to be primary.

Let me explain what I mean by this. When you read an outstanding book like The Great Gatsby or whatever your favorite might be, or you see a great film like Slumdog Millionaire or whatever tops your list, you’re swept up into the unfolding story. At some point, though, you realize that behind these compelling stories is a creative person.

When you see a house that embodies everything you treasure when you think of a home, it dawns on you that behind that house is an astute architect. When you hear a new song that captivates you, you might recognize the composer right away – but if not, you’re soon using every search function you know to identify the creative genius behind it. And when you look at the complex interrelationships in the world, it’s certainly plausible to think that a personal God is behind the scenes.

Think about how humans function. We need interpersonal relationships, so institutionalized infants who don’t receive sufficient human touch generally don’t flourish. We’re relationally wired in a profound way. Given that, it would follow that a personal God would want to be known. It’s plausible, then, to think that behind the scenes is a personal God who desires to be known.

Let’s look at another facet of this issue. The world seems to be full of people who take it on themselves to claim, “This is God” or “That is God,” or even, “That is not God.” The very essence of God is beyond what finite humans can grasp, though, so how can we be sure that what we think about God is right?

The only way to be sure is if God reveals it. This means, then, that it’s actually quite logical to expect a personal God to reveal himself to humanity, because he wants to be known authentically. At a human level, the only way you could know that I enjoy jazz or love golf would be if I told you I did, or if I in some other way revealed and expressed those things about myself. If that’s the case with human disclosure, how much more would that be the case with God?

Someone who dismisses the Bible because of its record of miracles or its complexity is operating from a position of faith. It’s a faith position that rejects the possibility that God has revealed something about his nature to human beings. That assertion is a belief that can’t be either proven or disproven. It’s a faith position, because you can’t prove that God doesn’t exist.

Let’s move a step beyond faith positions, though. In general, it seems logical that self-disclosure is essential in getting to know someone. It also seems logical that God is unknowable apart from God’s self-revelation. It’s key, then, to determine if the Bible is credible as the revelation of God.
You might expect me to launch into more points about the Bible and its credibility here, but I’m not. Instead, I invite you to explore the Bible directly. Have you read the Gospels for yourself recently? Go to the primary source. See if it reveals God to you and helps you enter a relational experience with the One who desires to be known by you.