Is the Bible true? 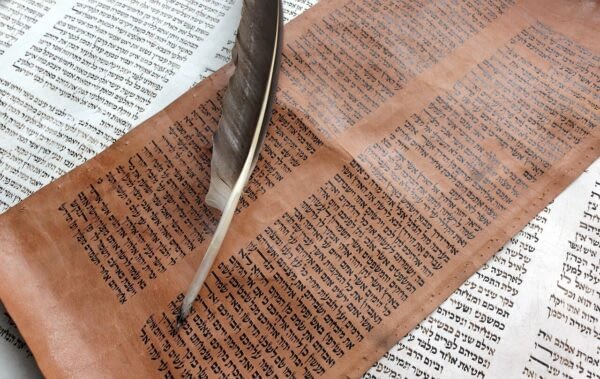 Is the Bible true? The Da Vinci Code‘s “historian” Teabing declares emphatically that it is not. In the book he states, “Because Constantine upgraded Jesus’ status almost four centuries after Jesus’ death, thousands of documents already existed chronicling His life as a mortal man. To rewrite the history books, Constantine knew he would need a bold stroke. From this sprang the most profound moment in Christian history. . . . Constantine commissioned and financed a new Bible, which omitted those gospels that spoke of Christ’s human traits and embellished those gospels that made Him godlike. The earlier gospels were outlawed, gathered up, and burned” (p. 234, emphasis his). Remember what we have already noted—that Constantine had nothing to do with a “new Bible.”

Teabing’s assertions grow even more damaging to orthodox Christianity: “The Bible is a product ofman, my dear. Not of God. The Bible did not fall magically from the clouds. Man created it as a historical record of tumultuous times, and it has evolved through countless translations, additions, and revisions. History has never had a definitive version of the book” (p. 231, emphasis his). Later he adds with a chuckle that scholars cannot confirm the authenticity of the Bible (p. 256). What are the facts behind his assertions?

Note what the Bible claims about itself. Jesus said, “the Scripture cannot be broken” (Jn 10.35). The author of Hebrews adds, “The word of God is living and active. Sharper than any double-edged sword, it penetrates even to dividing soul and spirit, joints and marrow; it judges the thoughts and attitudes of the heart” (Heb 4:12). And Paul concludes, “All Scripture is God-breathed and is useful for teaching, rebuking, correcting and training in righteousness” (2 Tim 3:16).
But we might expect the Bible to claim to be the trustworthy word of God. Is there objective historical evidence for or against this assertion?

Is the Bible True – There’s good evidence
Consider first the manuscript evidence (known as the “bibliographic” test by scholars). No original manuscripts exist for any ancient book. Writing materials were too fragile to stand the passage of centuries. This is the case for Aristotle, Plato, Julius Caesar, the writings of Buddha and the Koran just as much as it is for the Old and New Testaments.

However, we possess today some 5,000 ancient Greek copies of the New Testament, and 10,000 copies in other ancient languages. Latin and Coptic copies go back to the second century; fragments of papyrus documents go back to AD 130. Quotations in the writings of early church fathers date to A.D. 100. Complete versions of the Gospels, Acts, Paul’s letters and Hebrews date to the early part of the third century; Revelation to the latter half. Complete volumes of the New Testament date to the 4th century. Note that each predates Constantine.

Manuscript evidence for the New Testament is remarkable, far surpassing that which exists for any other ancient book. And those who work with these ancient copies (called “textual critics”) are convinced that they have been able to recover a Greek New Testament which is virtually identical to the original. Quoting F.F. Bruce again, “The variant readings about which any doubt remains among textual critics of the New Testament affect no material question of historic fact or of Christian faith and practice.”1

This evidence does not prove that the Bible is the word of God. But it does demonstrate conclusively that the Bible you have is the same which was first written by its authors. When Teabing asserts, “History has never had a definitive version of the book” and claims that scholars cannot confirm the authenticity of the Bible, he’s simply wrong.

Is the Bible True – There’s good archaeology
Let’s look next at the evidence of archaeology. Such findings continue to confirm the geographical and historical veracity of the biblical texts. For instance, the pool of Bethesda (Jn 5:2ff) was once dismissed as historical fiction. Now archaeologists locate it in the northeast quarter of the Old City of Jerusalem. I’ve seen it.

Researchers have identified the remains of Caiaphas, the high priest of Jesus’ trial and crucifixion. They have discovered the skeleton of Yohanan, a crucifixion victim from AD 70, and note that these remains confirm the details of Jesus’ crucifixion as it is described in the gospels. Archaeological evidence strongly supports the trustworthiness of the biblical narratives.

Is the Bible True – Consider prophecy
Last, consider the evidence of fulfilled prophecy. At least 48 major Messianic prophecies can be identified in the Old Testament. Jesus of Nazareth fulfilled each one. Endeavoring to determine the odds of such a phenomenon, mathematician Peter Stoner isolated eight of these 48 prophecies. He then calculated the odds that any one person might have fulfilled them all.

Stoner determined those odds to be one in 10 to the 17th power (one followed by 17 zeroes). Visualize the number this way: take this number in silver dollars and lay them across the state of Texas. They will cover the entire state, two feet deep. Now mark one of those silver dollars. Blindfold a man and tell him he can travel as far as he likes, but he must pick up one silver dollar. What are the chances he will pick the one you marked? the same The same odds that the prophets would have had of writing those eight prophecies and having them all fulfilled in one person.2

Is the Bible true? Billions of people across 20 centuries can attest to the fact that the teachings of the Bible have been proven true and authoritative in their personal lives. But even such overwhelming subjective evidence to the side, there is still outstanding evidential reason to believe that the Bible is the trustworthy word of God.