Vilenkin on the Universe’s Coming into Being without a Cause 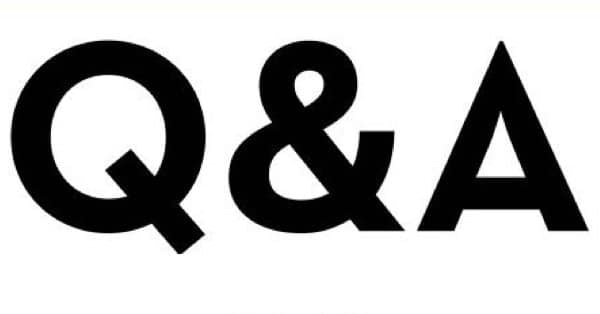 Dr. Craig,
My question has to do with Alexander Vilenkin and his idea of a quantum nucleation as the explanation for the origin of the universe. His view that the universe came into existence by means of a quantum event without a quantum field, vacuum, or tunneling process, seems to me to be very strange. Then the question is pushed back a step to be what caused the nucleation since it could not have come from absolutely nothing, or could it? It seems that the same cosmologist that has published his work that supports the second premiss of the Kalam Cosmological Argument now seems to be saying that the universe can indeed pull itself up by its bootstraps through quantum mechanics. Is this because he doesn’t want to have to concede to deistic implications from his own work on the incompleteness of spacetime in past directions or because he is right that quantum mechanics can indeed lead to spontaneous creation without a prior quantum mechanical state? Is this view credible? Does this quantum nucleation apply to the origin of the multiverse as well? And does it provide a naturalistic explanation for the origin of spacetime?
God Bless,

While I do not wish for anyone to be a non-theist, I must confess that Alex Vilenkin’s being an agnostic about God is dialectically advantageous for the proponent of the kalām cosmological argument, since it pulls the rug from beneath anyone who claims that belief that the universe began to exist is due to one’s theological commitments or that dreaded disorder of “confirmation bias.” Vilenkin has no theological axe to grind concerning this scientific question and so can be ruthlessly objective.

Modern physics can describe the emergence of the universe as a physical process that does not require a cause. Nothing can be created from nothing, says Lucretius, if only because the conservation of energy makes it impossible to create nothing [sic; something?] from nothing. . . .

There is a loophole in this reasoning. The energy of the gravitational field is negative; it is conceivable that this negative energy could compensate for the positive energy of matter, making the total energy of the cosmos equal to zero. In fact, this is precisely what happens in a closed universe, in which the space closes on itself, like the surface of a sphere. It follows from the laws of general relativity that the total energy of such a universe is necessarily equal to zero. . . .

If all the conserved numbers of a closed universe are equal to zero, then there is nothing to prevent such a universe from being spontaneously created out of nothing. And according to quantum mechanics, any process which is not strictly forbidden by the conservation laws will happen with some probability. . . .

What causes the universe to pop out of nothing? No cause is needed.[1]

So Vilenkin’s view is that the universe did, indeed, as you put it, “come from absolutely nothing.” But let’s be careful here, David. That does not imply that “the universe can indeed pull itself up by its bootstraps through quantum mechanics.” For that metaphor implies that the universe is self-caused, whereas Vilenkin’s view is that it is uncaused. I won’t speculate on Vilenkin’s personal motivation for his view but shall restrict myself to commenting on the credibility of his claim that, as you put it, “quantum mechanics can indeed lead to spontaneous creation without a prior quantum mechanical state.”

Vilenkin’s interaction with the kalām cosmological argument is, as I say, fascinating because we see here so clearly how philosophical faux pas, not scientific mistakes, invalidate the objections of an eminent scientist to the argument. This should be an object lesson to all those who, like Stephen Hawking or Lawrence Krauss, naïvely think that philosophy is a sterile and irrelevant discipline compared to science. Philosophy can help all of us, including scientists, to avoid the logical mistakes and conceptual confusions that are all too prevalent in discussions taking place on the borderland of physics, metaphysics, and theology.

[1] Alexander Vilenkin, “The Beginning of the Universe,” Inference: International Review of Science 1/ 4 (Oct. 23, 2015), http://inference-review.com/article/the-beginning-of-the-universe. I add the comment “something?” because only that makes sense of Lucretius’ position, which Vilenkin means to reject. On Lucretius’ view, something cannot come from nothing. If Lucretius holds, as Vilenkin puts it, that “nothing can be created from nothing,” then obviously Lucretius does not believe that it is “impossible to create nothing from nothing.” I take this to be a slip on Vilenkin’s part, occasioned perhaps by the confusing use of double negatives. It would have been clearer to say, “Something cannot be created from nothing, says Lucretius, if only because the conservation of energy makes it impossible to create something from nothing. . . . There is a loophole in this reasoning,” etc.

[3] Christopher Isham, “Quantum Cosmology and the Origin of the Universe,” lecture presented at the conference “Cosmos and Creation,” Cambridge University, 14 July 1994.