The Story of Ben 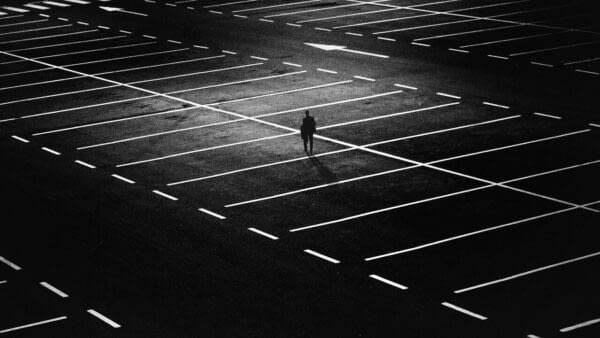 Studying in a new country is a privilege. At times, the challenges may seem to be overwhelming, but you will have the joy of surrounding yourself in a new and vibrant culture, while having experiences you could not have had in any other setting.

It can be difficult to know where to begin in your new life abroad, and I would like to share some of my own challenges from living and studying in Italy, some of which I would have benefited from knowing beforehand.

I am writing this piece from two perspectives: the first is that of a foreigner studying in a new country, and the second is from the point of view of a believer seeking a Christian community, both at university and in the church.

My first question is, how does anyone begin to settle in to a new life abroad? When I moved to Italy in 2014, there were a lot of things to consider in a short space of time. The same can be said for anyone who finds themself moving to a new place where they don’t know the way to the nearest supermarket, let alone how to speak the language.

Apartments, mobile phone contracts, grocery shopping, which bus to take, lectures, exams, making friends.  When I arrived in Italy, there was an extensive list of things that needed to be taken care of within a few short days of arriving. When you first land in your new adopted country, there are some practical steps you can take. Before leaving the UK, I made sure that I had a contact in the faculty where I would be studying. The first thing that I did upon arrival was to seek out the university’s first port of call, which in Pavia is the helpful Welcome Point office. Because the university has quite a few international students, they provide this service and I was able to get help from people who spoke English to get me heading in the right direction.

Where does finding a church fit in to that list of early essentials? For me, there was so much to sort out that church began to lose some of its priority. Settling in became more important than finding a church, when instead finding Christian community should be an integral part in the process of settling in. It is important not to leave it too long, which was one of my mistakes.

This point is relevant to any Christian student moving to a new place, whether it is at home or abroad: find a church, and seek out Christians from amongst your classmates. This is not always easy, and it took me a while and trying different churches to find the right one. A google search may be a decent place to start, and it was my only option early on. But bear in mind that there are many different churches out there and they may not all be “right” for you. Don’t be afraid to try out different churches until you find a community that makes you feel at home and helps you to grow spiritually.

In my experience, finding Christian classmates was a longer process than finding a church, but eventually I discovered a group of students that meet weekly and are involved in community outreach in Pavia. It may feel like you’re alone, especially if you move to a country like Italy where evangelical Christians are still overwhelmingly a minority. But don’t be disheartened, international communities are diverse by definition, and there are bound to be other Christians in the same position as you. If you are in Italy, find out if New Generation Italy have started a group in your university. Keep praying and searching, and do not give up hope of finding other Christian students around you.

These will be some of the most important things you do when you first go to university. The pressure on you might feel overwhelming at times, both from your studies but also from your peers. The accountability provided by Christian friends and mentors are essential, and having that community to encourage you and point you towards Christ will be invaluable.

“For I know the plans I have for you,” declares the Lord, “Plans to prosper you and not to harm you, plans to give you hope and a future.” Jeremiah 29:10   “The heart of man plans his way, but the Lord establishes his steps.” Proverbs 16:9