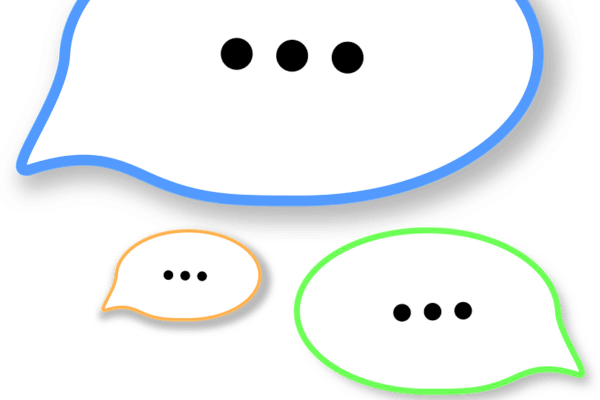 Finally, Richard Dawkins has given his reasons for refusing to debate the American theologian William Lane Craig. We have waited a long time for this. The invitation to discuss the existence of God at Oxford’s Sheldonian Theatre was extended to Dawkins many months ago. Craig is an excellent speaker who has made mincemeat out of better men,including Christopher Hitchens. He has a witty, deliberate style that often makes his opponents look (and probably feel) a little ridiculous. Therefore, everyone just presumed that Dawkins refused to debate Craig because he’s scared. He is, after all, only human (or a talking monkey, depending on your point of view).

But Dawkins is a proud man (or arrogant chimp), and the accusation of cowardice probably ate at him from within. Finally, on Thursday, he gave a proper excuse for his no show to The Guardian. Its intellectual emptiness says so much about his particular brand of atheism.

It seems that Dawkins has been doing a little internet trolling. He has dug up an online debate in which William Lane Craig apparently defends the massacre of a city of heathen Canaanites ordered by God in Deuteronomy 20:13-15. “Listen to Craig,” Dawkins writes, as if imagining Craig were a demon sitting on his shoulder. “He begins by arguing that the Canaanites were debauched and sinful and therefore deserved to be slaughtered. He then notices the plight of the Canaanite children [and concludes] … ‘We are so wedded to an earthly, naturalistic perspective that we forget that those who die are happy to quit this earth for heaven’s incomparable joy.  Therefore, God does these children no wrong in taking their lives.’” Dawkins writes that he is so disgusted with Craig’s thesis that he cannot possibly agree to meet him in person. “Do not plead that I have taken these revolting words out of context,” he adds. “What context could possibly justify them?”

Actually, the context is called “Christian apologetics”, and it’s been around for centuries. It’s the attempt by scholars to present a rational basis for belief in God. Part of that process is running difficult bits of the Bible past the tests of reason and ethics. To return to the entire post that Dawkins quotes from (because, contrary to what he wrote, context does matter to a serious thinker), Craig begins thus: “These stories offend our moral sensibilities. Ironically, however, our moral sensibilities in the West have been largely, and for many people unconsciously, shaped by our Judaeo-Christian heritage, which has taught us the intrinsic value of human beings, the importance of dealing justly rather than capriciously, and the necessity of the punishment’s fitting the crime. The Bible itself inculcates the values which these stories seem to violate.”

Ergo, Craig’s purpose in writing this piece is to unravel the paradox of a moral Bible that also includes lashings of apparently random violence. Craig stresses that these passages of the Bible are difficult for us to read because we are not of the age in which they are written – they are just as alien to us as Beowulf or the Iliad. That’s because Christian society has been shaped by the rules of life outlined in the New Testament, not in the section of The Bible in which this massacre occurs. Far from using this passage to celebrate the slaughter of heathen, Craig is making the point that the revelation of God’s justice has changed over time. The horrors of the Old Testament have been rendered unnecessary by Christ’s ultimate sacrifice. That’s why the idiots who protest the funerals of gay soldiers or blow up abortion clinics aren’t just cruel, they’re bad theologians.

We are left with two possible conclusions from Richard Dawkin’s flimsy sick note. The first is that he doesn’t understand Christian apologetics, which is why he unintentionally misrepresents Craig’s piece. The most frustrating thing about the New Atheism is that it rarely debates theology on theology’s own terms. It approaches metaphor and mysticism as if they were statements of fact to be tested in the laboratory. Worse still, it takes the crudest equations of faith (total submission to an angry sky god) and assumes that they apply to all its believers at all times equally. That most Christians living in the 21st century don’t know who the Canaanites were and only go to church because it brings them an intangible inner peace, totally escapes these atheist pedants.

The second explanation is that Dawkins is a coward. He likes to pick fights either with dunces (like the deliciously silly and obviously gay Ted Haggard) or with incredibly nice old Christians with no fire in their belly (like Rowan Williams). Dawkins has gotten away with his illiterate, angry schtick for so many years because his opponents have been so woolly. This is a damning indictment not only of him, but of the clerical establishment of Great Britain. But this time, he understood that he was up against a pro. In America, evangelicals have to compete in a vibrant, competitive marketplace of different denominations. That breeds the very guile and theatricality that are so sorely lacking among the Anglican clergy. In Craig, Dawkins met his match. Like Jonah, he was confronted by the truth and he ran away.