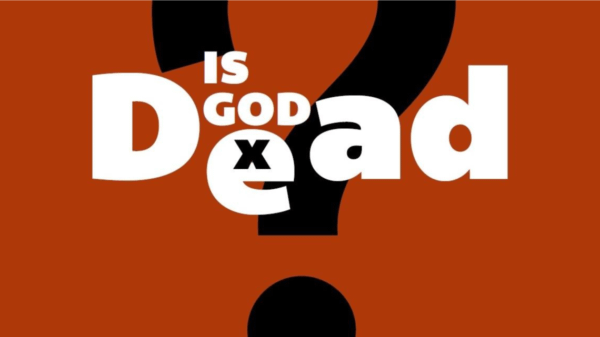 John T. Elson’s most famous article for TIME magazine appeared over 40 years ago, and it largely defined his journalistic career. His April 8, 1966 cover story, “Is God Dead?,” became an icon of the rebellious and increasingly secular sixties.

Elson, who died September 7 at age 78, was the son of a reporter, and he knew a big story when he saw one. He worked on the TIME cover story for more than a year, interviewing theologians and religious leaders. When published, the story became a symbol of the tumultuous decade of the sixties. For the first time, TIME published the magazine cover without a photograph or drawing. The question, “Is God Dead?,” was all that mattered.
As William Grimes of The New York Times recounts, The issue caused an uproar, equaled only by John Lennon’s offhand remark, published in a magazine for teenagers a few months later, that the Beatles were more popular than Jesus. The “Is God Dead?” issue gave TIME its biggest newsstand sales in more than 20 years and elicited 3,500 letters to the editor, the most in history to that point. It remains a signpost of the 1960s, testimony to the wrenching social changes transforming the United States.
Elson’s report looked at the increasing secularization of the society. The decade of the 1960s saw the emergence of secularizing trends in intellectual life, the arts, and mass culture. And yet, Elson’s major focus was on the radical theologians of the decade. The so-called “Death of God Theologians” were garnering headlines and forging a new post-theistic theology.
As Elson reported: Is God dead? The three words represent a summons to reflect on the meaning of existence. No longer is the question the taunting jest of skeptics for whom unbelief is the test of wisdom and for whom Nietzsche is the prophet who gave the right answer a century ago. Even within Christianity, now confidently renewing itself in spirit as well as form, a small band of radical theologians has seriously argued that the churches must accept the fact of God’s death, and get along without him. How does the issue differ from the age-old assertion that God does not and never did exist? Nietzsche’s thesis was that striving, self-centered man had killed God, and that settled that. The current death-of-God group believes that God is indeed absolutely dead, but proposes to carry on and write a theology without theos, without God. Less radical Christian thinkers hold that at the very least God in the image of man, God sitting in heaven, is dead, and—in the central task of religion today—they seek to imagine and define a God who can touch men’s emotions and engage men’s minds.
Elson got right to the point. The radical theologians, influenced by theologians such as Paul Tillich, rejected the existence of a God who would possess being, but affirmed what Tillich called the “ground of being.” The “theology without theos” Elson described became mainstream fare in liberal seminaries and divinity schools. Before long, leading “Death of God” figures such as Thomas J.J. Altizer, Paul Van Buren, and William Hamilton had become media celebrities and public intellectuals.
The radical theologians pressed their case that orthodox theology was based on an outdated understanding of God. God does not have to exist to be meaningful to human existence, they argued. He remains a potent symbol and source of meaning. God is still a useful concept, they insisted, but, in the words of Langdon Gilkey of the University of Chicago Divinity School, the believer “still needs to learn that talk of God is largely symbolic.”
Seen in retrospect, it is clear that the “Death of God” movement did not survive the 1960s. Within a few short years, much of the stridency of the secular tide had been repackaged into the more benign-appearing “spiritualities” of the postmodern age. Furthermore, many of the central concepts of the “Death of God” movement were simply absorbed into the increasingly secularized mainline Protestant world. Theological non-realism no longer holds the power to shock within liberal theological circles.
Looking back to the TIME cover story, what seems most remarkable now is what was absent from that report — the rise of a vigorous and fully orthodox alternative to liberal theology. Elson noted the continued presence of the “true believer,” but the believer appeared to be in a rather lonely position. Missing from the account was the rise of an energetic Evangelicalism. That story would produce a memorable cover story for Newsweek, exactly ten years later.
John T. Elson concluded his iconic cover story by wondering if the “contemporary Christian worry about God could be a necessary and healthy antidote to centuries in which faith was too confident and sure.” An antidote? Not hardly. But Elson’s essay about the death of God was a theological wake-up call that will be remembered long after his own death.