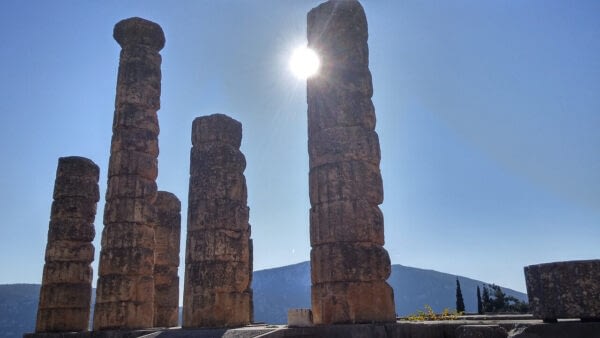 Here is a list of quotes from Archaeologists. Judge for yourself what you think.

“I know of no finding in archaeology that’s properly confirmed which is in opposition to the Scriptures. The Bible is the most accurate history textbook the world has ever seen.” – Dr Clifford Wilson, formerly director of the Australian Institute of Archaeology (quote obtained from: Archaeologist Speaks Out)

“Through the wealth of data uncovered by historical and archaeological research, we are able to measure the Bible’s historical accuracy. In every case where its claims can thus be tested, the Bible proves to be accurate and reliable.” – Dr. Jack Cottrell, The Authority of the Bible (Grand Rapids: Baker Book House, 1979), pp. 48-49.

“It may be stated categorically that no archaeological discovery has ever controverted a Biblical reference. Scores of archaeological findings have been made which confirm in clear outline or exact detail historical statements in the Bible. And, by the same token, proper evaluation of Biblical description has often led to amazing discoveries.” – Dr. Nelson Glueck, Rivers in the Desert, (New York: Farrar, Strous and Cudahy, 1959), 136.

“Archaeology has confirmed countless passages which have been rejected by critics as unhistorical or contradictory to known facts……Yet archaeological discoveries have shown that these critical charges…..are wrong and that the Bible is trustworthy in the very statements which have been set aside as untrustworthy…..We do not know of any cases where the Bible has been proved wrong.” – Dr. Joseph P. Free, Archaeology and Bible History. Scripture Press, Wheaton, IL, 1969, pg. 1

“The reader may rest assured that nothing has been found [by archaeologists] to disturb a reasonable faith, and nothing has been discovered which can disprove a single theological doctrine. We no longer trouble ourselves with attempts to ‘harmonize’ religion and science, or to ‘prove’ the Bible. The Bible can stand for itself.” – Dr. William F. Albright, eminent archeologist who confirmed the authenticity of the Dead Sea Scrolls following their discovery

“There can be no doubt that archaeology has confirmed the substantial historicity of Old Testament tradition.” – Dr. William F. Albright, Archaeology and the Religions of Israel. Johns Hopkins University Press, Baltimore, 1956, p. 176.

“On the whole, however, archaeological work has unquestionably strengthened confidence in the reliability of the Scriptural record. More than one archaeologist has found his respect for the Bible increased by the experience of excavation in Palestine….Archaeology has in many cases refuted the views of modern critics. It has shown, in a number of instances, that these views rest on false assumptions and unreal, artificial schemes of historical development. This is a real contribution and not to be minimized.” – Millar Burrows, Professor of Archaeology at Yale University, What Mean These Stones?, Meridian Books, New York, NY, 1956, p. 1

“The excessive skepticism of many liberal theologians stems not from a careful evaluation of the available data, but from an enormous predisposition against the supernatural.” – Professor Millar Burrows (Professor of Archaeology at Yale University), What Mean These Stones?, Meridian Books, New York, NY, 1956, p. 176.

“It is therefore legitimate to say that, in respect of that part of the Old Testament against which the disintegrating criticism of the last half of the nineteenth century was chiefly directed, the evidence of archaeology has been to reestablish its authority and likewise to augment its value by rendering it more intelligible through a fuller knowledge of its background and setting. Archaeology has not yet said its last word, but the results already achieved confirm what faith would suggest – that the Bible can do nothing but gain from an increase in knowledge.” – Sir Frederic Kenyon, a former director of the British Museum, The Bible and Archaeology (New York: Harper & Brothers, 1940), page 279.

“I set out to look for truth on the borderland where Greece and Asia meet, and found it there. You may press the words of Luke in a degree beyond any other historian’s and they stand the keenest scrutiny and the hardest treatment.” – Sir William Ramsey (eminent archaeologists who changed his mind regarding Luke after extensive study in the field), (1915), The Bearing of Recent Discovery on the Trustworthiness of the New Testament (Grand Rapids, MI: Baker, 1975 reprint), page 89.

Luke is a historian of the first rank; not merely are his statements of facts trustworthy; he is possessed of the true historic sense…In short this author should be placed along with the very greatest of historians.” – Sir William Ramsey (archaeologist), The Bearing of Recent Discovery on the Trustworthiness of the New Testament, 1915, pages 81, 222