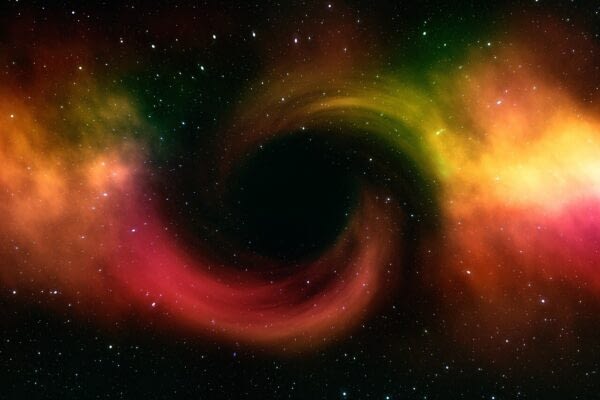 Cosmologist Stephen Hawking is famous for his work on black holes but in his latest book The Grand Design he falls into a conceptual black hole of his own making.
Until recently Stephen Hawking was Lucasian Professor of Mathematics at Cambridge University and is now Director of Research at the Centre for Theoretical Cosmology. He is a renowned scientist and a victim of motor neurone disease — a familiar figure on TV, seated in his motorised wheel-chair and speaking with a synthesized voice. In all, he is a remarkable man — a scientist to be honoured and respected. But that doesn’t mean he is right when he talks about God.

The grand design
In September 2010, Hawking and co-author Leonard Mlodinow published a book called The Grand Design. Although sub-titled New answers to the ultimate questions of life and hailed as a major step is solving the mystery of how the universe began, it is in fact a rather short book which speculates about creation using arguments that are by no means new. As one reviewer says, ‘It reads like a stretched magazine article … there is too much padding and too much recycling of long-stale material… I doubt whether The Grand Design would have been published if Hawking’s name were not on the cover’ (The Times Saturday Review, 11 September 2010).
Nevertheless, it hit No.1 spot on the New York Times best-seller list and the media were quick to seize on its purple passages — which claim that there was no need for a Creator to ‘light the blue touch-paper’ and initiate a ‘big-bang’ origin of the universe.
Why is no Creator needed? Because, says Hawking, the laws of science created the universe out of nothing, all on their own. Put another way, of course, this means that the laws of science are God. But this claim opens conceptual black holes from which there is no escape.

Black holes
Stephen Hawking didn’t discover black holes but he has contributed notably to our understanding of them. A black hole is formed when a massive star burns out and collapses under the force of its own gravity. As the star shrinks, its internal gravitational field gets stronger and stronger until eventually even light can no longer escape from the collapsing star — which simply winks out leaving behind a literal ‘black hole’. Black holes seem to lie at the centre of many galaxies including our own.
The gravitational attraction of a black hole is so huge that anything close by gets sucked into it and simply disappears. No one knows what happens inside a black hole because the laws of physics no longer apply there. However, Hawking showed theoretically that although light can’t escape from it, a black hole should radiate energy. Vigorous attempts are currently being made by NASA and others to detect this ‘Hawking radiation’ experimentally. This is important, since the ability to test theories by experiment is what distinguishes real science from speculation masquerading as science.
Sadly, although Hawking’s new book pays lip-service to this distinction, he ends up presenting completely un-testable speculation about multiple universes and self-creating laws of physics. Thus The Grand Design is sucked into logical ‘black holes’ of its own making. Let’s look at three of them.

Philosophy is dead?
‘Philosophy is dead’, declare the authors (p.5) — but then proceed to whisper sotto voce, ‘Long live philosophy!’ By pronouncing philosophy (and theology) dead, they plant in our minds the idea that science now offers the only hope of advancing knowledge.
But having cleared the field of rivals, they then quietly abandon the time-honoured view of science (as a discipline limited to theories that can be tested by experiment) in favour of a new definition that embraces unverifiable speculation. By redefining science in this way, The Grand Design can claim that ‘science’ renders God redundant. But this is nonsense; they have simply replaced God by atheistic philosophical assumptions. This is a subtle ploy and will no doubt convince some readers. The fact is, however, that the authors base their conclusions on mathematical constructions (like parallel universes and self-creating laws) that by their very nature can never be verified scientifically.
In fact they quietly admit that their opinions are philosophical rather than scientific by telling us; ‘This book is rooted in the concept of scientific determinism, which implies that … there are no miracles, or exceptions to the laws of nature’ (p.34). ‘Scientific determinism’ is philosophy not science.

The multiverse
Hawking and Mlodinow declare: ‘According to M-theory, ours is not the only universe. Instead, M-theory predicts that a great many universes were created out of nothing. Their creation does not require the intervention of some supernatural being or god. Rather, these multiple universes arise naturally from physical law. They are a prediction of science’ (p.9).
So what is this magical M-theory? The authors are rather coy about it. ‘M-theory’, they say, ‘Is not a theory in the usual sense. It is a whole family of different theories, each of which is a good description of observations only in some range of physical situations’ (p.8). Theoretical physicist Lee Smolin is more explicit: ‘… we still do not know what M-theory is, or whether there is any theory deserving of the name’ (The trouble with physics, Allen Lane, 2007, p.146).
The fact is that M-theory is an untestable mathematical construction which many scientists believe has no bearing on physical reality. But that doesn’t deter our authors because they don’t believe in ‘objective reality’ anyway. What we think is ‘real’, they say, is simply a model assembled in our brains from raw data input by our senses. But, confusingly, the authors then claim that the best models are those that reflect the way things really do happen in the real world — appealing to the very objective reality they say does not exist! Confused? Me too.
But it gets worse. They claim that M-theory (whatever it might be) predicts not one universe but a multiverse — a vast collection of universes which cannot be observed or known to us in any way. On their own criterion, this makes M-theory a very bad model indeed. So it’s hardly a useful replacement for God.

Self-creating laws
I have space for only one further example of Hawking’s philosophical black holes. The Grand Design assures us that ‘these multiple universes arise naturally from physical law’. They were created from nothing by the operation of laws of nature such as quantum mechanics and gravitation (no God required). But, as Alice might say, this gets ‘curiouser and curiouser’, for what do we mean by the laws of nature?
They are rules that describe the way nature behaves. These laws are descriptions of the way the cosmos works and can therefore have no existence apart from the cosmos. They are an integral part of the created order. How, then, could they have created the universe in the first place? It would mean that they created themselves, which is a huge philosophical leap of faith.
And even if these laws did pre-exist the universe (as they would have to in order to create it) in what form did they exist? Where, exactly, were they located? The obvious answer would be ‘in the mind of God’ but according to Hawking no such mind exists. Black holes can be very dark.

The God of creation
The Grand Design actually says nothing that has not been said and refuted before. The laws of nature are what constitute science and make it possible, but neither science nor Stephen Hawking can tell us where those laws came from. Nor can science explain why we human beings can understand and use the laws of nature, which are often elegant and always mathematical.
But the Bible gives us some straightforward answers. We can understand (in measure) how the cosmos works because the laws that control its working are themselves the product of an intelligent mind — the creator we call God. And because, as human beings, we are ‘made in the image of God’ it follows that we can have insight into the mind of God. As Johannes Kepler cried on discovering the laws of planetary motion, ‘O God, I am thinking your thoughts after you!’
But God is much more than just a mathematical mind. He is the Lord of heaven and earth who not only created mankind but desires our worship and to that end forgives the sins of all who embrace the saving work of his son, Jesus Christ.

The Grand Design by Stephen Hawking and Leonard Mlodinow  is published by Bantam Press and page references are to the first hardback edition (2010).