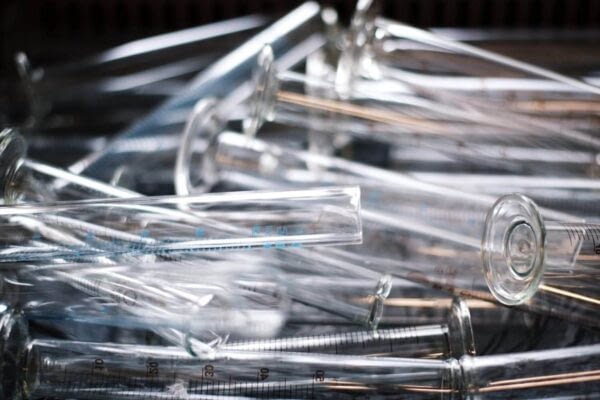 From time to time, people ask why the Institute for Creation Research doesn’t use a particular line of evidence or a specific argument for creation. Often, the person asking is very fond of that piece of evidence and finds it convincing. Perhaps the individual shared it with friends and they found it convincing too. So, why don’t we use it?

Is ICR unaware of such evidence? It’s possible, though we try to stay up on the latest developments in the origins debate. Is the argument faulty? People sometimes repeat arguments we have found to be false, such as the myth that NASA computers detected the long day recorded in Joshua 10:12-14.1

But the most common reason we don’t use a particular argument may be the most misunderstood. The evidence in question may be plausible but insufficiently supported at present. If we are going to tell someone what to believe, it’s not good enough to simply suspect or suppose that the premise in question is true. We must know that it is true. We must have a good reason or several good reasons for the belief. If we don’t, then it would be unethical to teach as truth something that only might be true. After all, if something only might be true, then it logically follows it might be false.

Absolute certainty with scientific claims is usually unattainable, but we must at least have good reasons that show our position is very probable. Furthermore, we must be ready to articulate those reasons. Otherwise, we shouldn’t claim our position as fact.

Some people feel that if they strongly believe something, then it’s okay to present it to others as fact even if it’s not well-supported by evidence. However, this too would be unethical. A strong belief in something does not make it true. We are supposed to have solid support for our beliefs. Proverbs 14:15 states, “The simple believes every word, but the prudent considers well his steps.”

In science, how do we establish that a position is well-supported? We do so with experimentation, observation, and peer review.

Suppose Bill speculates that adding sugar water to soil will cause plants to grow faster. It sounds plausible, but he really has no scientific evidence for his belief until he tests it. Suppose he then wrote a book to convince others his hypothesis is true. That would be unethical—even if the claim turned out to be accurate—because Bill does not really know his hypothesis is true.

The scientific method involves testing a given claim by performing an experiment that could potentially disprove the hypothesis. Following this method, Bill would grow two sets of plants. One group would use regular water—this is the control group. The other group would get the sugar water. All other factors between the groups should be as similar as possible: the same type of plants, the same lighting conditions, the same soil, and so on. After a certain amount of time has elapsed, he would measure the plant heights in both groups—that is the observation. If the sizes were the same on average or if the control group were taller, then this would falsify Bill’s hypothesis and he would know he was wrong about the effect of sugar water on plant growth. On the other hand, if the plants in the sugar water group were taller on average, then Bill has a good reason to think his hypothesis is probably true. The more he or others repeat the experiment with the same outcome, the more confidence we can have in the hypothesis.

Bill’s next step would be to publish his results in a peer-reviewed journal, where scientists can examine his experiment and look for potential flaws. Perhaps the sugar Bill used was contaminated with some other substance. If so, maybe this other substance and not the sugar caused the plants to grow taller. Experts in the field would know to look for such things. But if no such flaw is found, then Bill now has a good peer-reviewed experimental basis for his hypothesis.

If someone presents a new scientific hypothesis to you as fact, ask, “What experiments were done to verify this claim? What was the control group? In what peer-reviewed journal were the results published?” This can help you discern truth in an age of rampant error.

* Dr. Lisle is Director of Physical Sciences at the Institute for Creation Research and received his Ph.D. in astrophysics from the University of Colorado.