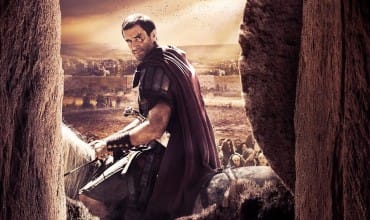 RISEN is a powerful must see film, that will inspire, entertain and impact through its gripping and unique telling of Jesus’ death and resurrection.

The film follows Clavius, a high-ranking Roman military tribune and his aide Lucius, who are instructed by Pontius Pilate to ensure that Jesus’ radical followers don’t steal His body and claim resurrection. When the body goes missing within days, Clavius’ mission is to find the body, dispel rumours of a risen Messiah and prevent an uprising in Jerusalem. However little does he expect his life to change so dramatically.

RISEN is well produced, following the style of Passion of the Christ, the locations, costume, sound and cinematography work together to create an epic Biblical film. Though the story of the Roman tribune is fictional, it is based on a historical event and there are elements of scripture woven through it, something like this with the Romans trying to find the body may well have happened.

Joseph Fiennes excels in his performance as Clavius, bringing to life a believable character whom the audience can relate to and feel part of the investigation alongside Calvius, taking the journey with him, searching with him and experiencing how he is feeling, his doubts to what he is seeing and how his life unexpectedly changes.

RISEN is a film not to be missed and is a perfect opportunity to take your friends along to, even those who may not believe or may be still wondering. The film will not disappoint believers, and it is definitely one of the best films about Jesus to show non believers, it is a excellent introduction for them to question what they really believe.

RISEN has the potential to change lives, it is faith building and affirming that Jesus is risen, He is the Son of God and He can heal, He can change and only He can offer hope and life. It is one of the most powerful films depicting the resurrection of Jesus.