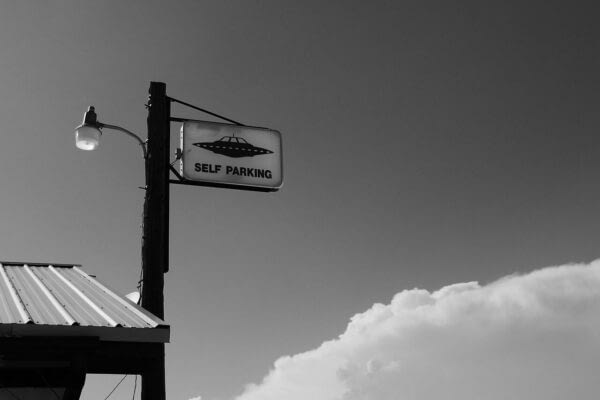 Are Americans becoming less religious? It depends on what you mean by “religious.” Polls certainly indicate a decline in religious affiliation, practice and belief. Just a couple of decades ago, about 95 percent of Americans reported belonging to a religious group. This number is now around 75 percent. And far fewer are actively religious: The percentage of regular churchgoers may be as low as 15 to 20 percent. As for religious belief, the Pew Research Center found that from 2007 to 2014 the percentage of Americans who reported being absolutely confident God exists dropped from 71 percent to 63 percent.

Nonetheless, there is reason to doubt the death of religion, or at least the death of what you might call the “religious mind” — our concern with existential questions and our search for meaning. A growing body of research suggests that the evidence for a decline in traditional religious belief, identity and practice does not reflect a decline in this underlying spiritual inclination.

Ask yourself: Why are people religious to begin with? One view is that religion is an ancient way of understanding and organizing the world that persists largely because societies pass it down from generation to generation. This view is related to the idea that the rise of science entails the fall of religion. It also assumes that the strength of religion is best measured by how much doctrine people accept and how observant they are.

This view, however, does not capture the fundamental nature of the religious mind — our awareness of, and need to reckon with, the transience and fragility of our existence, and how small and unimportant we seem to be in the grand scheme of things. In short: our quest for significance.

Dozens of studies show a strong link between religiosity and existential concerns about death and meaning. For example, when research participants are presented with stimuli that bring death to mind or challenge a sense of meaning in life, they exhibit increased religiosity and interest in religious or spiritual ideas. Another body of research shows that religious beliefs provide and protect meaning.

Furthermore, evidence suggests that the religious mind persists even when we lose faith in traditional religious beliefs and institutions. Consider that roughly 30 percent of Americans report they have felt in contact with someone who has died. Nearly 20 percent believe they have been in the presence of a ghost. About one-third of Americans believe that ghosts exist and can interact with and harm humans; around two-thirds hold supernatural or paranormal beliefs of some kind, including beliefs in reincarnation, spiritual energy and psychic powers.

These numbers are much higher than they were in previous decades, when more people reported being highly religious. People who do not frequently attend church are twice as likely to believe in ghosts as those who are regular churchgoers. The less religious people are, the more likely they are to endorse empirically unsupported ideas about U.F.O.s, intelligent aliens monitoring the lives of humans and related conspiracies about a government cover-up of these phenomena.

An emerging body of research supports the thesis that these interests in nontraditional supernatural and paranormal phenomena are driven by the same cognitive processes and motives that inspire religion. For instance, my colleagues and I recently published a series of studies in the journal Motivation and Emotion demonstrating that the link between low religiosity and belief in advanced alien visitors is at least partly explained by the pursuit of meaning. The less religious participants were, we found, the less they perceived their lives as meaningful. This lack of meaning was associated with a desire to find meaning, which in turn was associated with belief in U.F.O.s and alien visitors.

When people are searching for meaning, their minds seem to gravitate toward thoughts of things like aliens that do not fall within our current scientific inventory of the world. Why? I suspect part of the answer is that such ideas imply that humans are not alone in the universe, that we might be part of a larger cosmic drama. As with traditional religious beliefs, many of these paranormal beliefs involve powerful beings watching over humans and the hope that they will rescue us from death and extinction.

A great many atheists and agnostics, of course, do not think U.F.O.s exist. I’m not suggesting that if you reject traditional religious belief, you will necessarily find yourself believing in alien visitors. But because beliefs about U.F.O.s and aliens do not explicitly invoke the supernatural and are couched in scientific and technological jargon, they may be more palatable to those who reject the metaphysics of more traditional religious systems.

It is important to note that thus far, research indicates only that the need for meaning inspires these types of paranormal beliefs, not that such beliefs actually do a good job of providing meaning. There are reasons to suspect they are poor substitutes for religion: They are not part of a well-established social and institutional support system and they lack a deeper and historically rich philosophy of meaning. Seeking meaning does not always equal finding meaning.

The Western world is, in theory, becoming increasingly secular — but the religious mind remains active. The question now is, how can society satisfactorily meet people’s religious and spiritual needs?

JULY 21, 2017, By CLAY ROUTLEDGE | Clay Routledge is a professor of psychology at North Dakota State University.