Does Science Confirm the Bible? 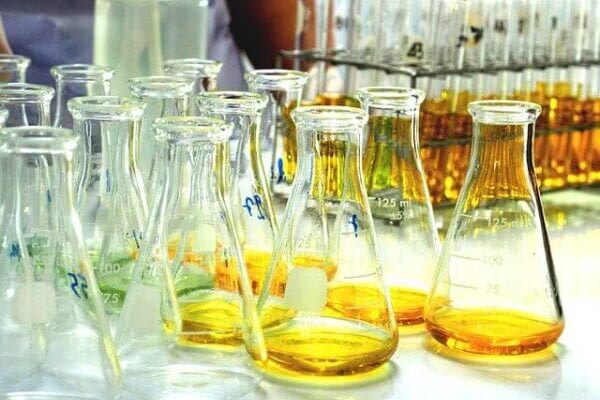 The uniformity, the consistency, the stability, and the harmony of the universe declares that there is a Creator. The misconception that faith and intellect must remain separate has planted seeds of doubt in the minds of many.

“In the beginning God created the heavens and the earth” (Genesis 1:1). Science teaches that time, space, and matter must occur simultaneously — Genesis confirms it.

The fine tuning of the universe is impossible without a Creator — from the perfect distance of the sun from the earth at 93-million miles, to the atmospheres perfect balance, we see that only a Designer could design such a complex structure to produce and sustain life.

Richard Dawkins, an evolutionary biologist at Oxford, made the following statement: “The fact that life evolved out of literally nothing, some 10 billion years after the universe evolved literally out of nothing — is a fact so staggering that I would be mad to attempt words to do it justice.”

Yet that’s exactly what we do when we try to explain away God. The Bible says that the age of the earth is not billions of years. Adding billions of years is not the magic wand that unlocks the key to evolution.

Antony Flew (1923-2010) was once the world’s most famous atheist. But in 2004 he shocked the world — he left atheism: “The integrated complexity of life itself — which is far more complex than the physical Universe — can only be explained in terms of an Intelligent Source.”  He went on to say that Christianity is the most persuasive argument. In short, there must be a Creator.

This is why many scientists from NASA Langley research center, as well as PhDs from Harvard, Princeton, Yale, and so on, all signed a statement that said the following, “We are skeptical of claims for the ability of random mutations and natural selection to account for the complexity of life. Careful examination of the evidence for the Darwinian theory should be encouraged.” See more at http://www.dissentfromdarwin.org/.

Christianity looks at the evidence, compares it with science, and confirms it with God’s truth. Job said that the earth free floats in space. Isaiah declared that the earth is a sphere. Hebrews talks about tiny unseen particles that appear in the creation of life. Leviticus encourages us to wash with running water to prevent disease and that the life of the body is in the blood. Job knew that springs were at the bottom of the ocean. Genesis disclosed that our bodies are made from the earth (28 base and trace elements). Psalms mentions the 2nd Law of Thermodynamics — “The universe will perish; they will all wear out like a garment.” Jeremiah said that stars are innumerable but scientists as early as 1600 said that there are about 1,005.

God said, “Let Us make man in Our image, according to Our likeness.” The human DNA has 3-billion letters in each cell showing how to build life. Did you catch that? Trillions of cells each contain the blueprint for life in the nucleus of the cell. Each blueprint of 3-billion letters is like having 12 sets of The Encyclopaedia Britannica in each cell. Unbelievable! This could not just develop by chance. The chance of ink falling out of a cartridge and writing this article are a millions times more likely than life forming on its own.

The probability of life happening on its own is immeasurable. For example, the light rays enter our eye through the cornea which bends the light rays to pass through the pupil. The iris then works like a shutter in a camera — enlarging, shrinking, focusing, etc. This cannot happen on his own.

Charles Darwin said, “To suppose that the eye … could have been formed by natural selection, seems, I freely confess, absurd in the highest degree.” Yet he goes on and “tries” to explain how it did happened via evolution.

Think about this: Sperm meets the ovum. A single cell is born (life at conception). The DNA of the father and the mother begin to work together — bones and muscles form to protect the vital organs — the heart, kidney, and liver all begin to form simultaneously. The neurological system is formed and begins to connect to the brain. The thought process begins and the five senses are activated. Life is amazing — its truly a gift from a Creator.

So yes, science confirms, verifies, and supports the Bible. But how can people look at the exact same evidence and come to different conclusions? It’s an issue of the heart. Many “worship the creature rather than the Creator” (cf. Romans 1). To say that we evolved from primordial ooze gives us an “out” that there is no God.

There are no excuses for rejecting God. He uses conviction, the Word, books, articles, blogs, friends, pastors, teachers, and preachers to spread His message of love and grace, repentance and salvation.

Romans 1:18-20 tells us that “we are without excuse” because God’s attributes are clearly seen. Don’t let this discourage you, “Greater is He who is in you than he who is in the world” (1 John 4:4). Fall forward into God’s arms of restoration and forgiveness.​​ Jesus said, in Mark 10:15, “Assuredly, I say to you, whoever does not receive the kingdom of God as a little child will by no means enter it.” Receive it today and be and experience tremendous peace and hope — from the atheist to the adulterer, and from the addict to the arrogant — it’s not too late. Turn to Him today.

This information was taken from a recent debate on this topic. To view the debate, Does Science Confirm the Bible, visit our website at WCFAV.org. ​

Shane Idleman is the founder and lead pastor of Westside Christian Fellowship in Lancaster, California, just North of Los Angeles. Shane’s sermons, articles, books, and radio program can all be found at shaneidleman.com or wcfav.org. Follow him on Facebook at: facebook.com/confusedchurch.
Condividi questo articolo