Do Our Genes Dictate Our Choices? 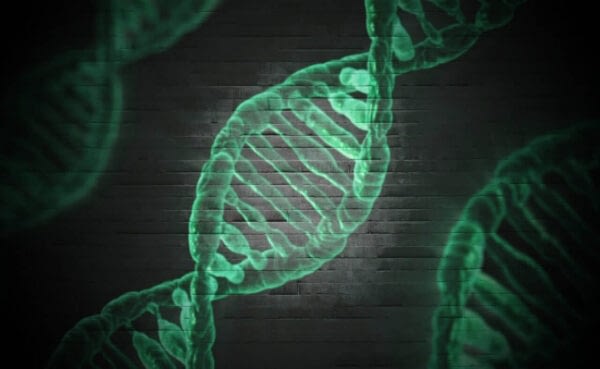 I have two older sisters, and I love them both, but I am often stumped by how very different the three of us are from each other. Although our ages are several years apart, I still find it astonishing that I am genetically more similar to them than to anyone else on this planet. In fact, only if we were identical triplets would we have greater genetic identity.

Figures like these and a common perception of genes and heredity has precipitated the view that we are simply biological byproducts of our DNA. As a result, many conclude that our DNA dictates our behavior, as popularized lyrics tout, “I was born this way.” This view is broadly known as genetic determinism.

Genetic determinism is a reductionistic view of human behavior and identity. In its extreme, it says that my molecular components and physiology determine my personality, behavior, preferences, reactions, and choices. If this view is right—if we are genetically determined and if we are 99.9 percent identical—where is all our diversity coming from?

As a Christian who is well-versed in the molecular biology of human genetics, I wholeheartedly reject this view of genetic determinism. I believe the core of what makes us human is that we are made in the image of God. This is what makes us unique despite our genetic similarities.

We are not automatons directed by molecular processes according to our genetic and epigenetic architecture. Humans can direct their own actions because we are agents with choice and free will.

As an advocate for “substance dualism”—the idea that each person has a physical body and a non-physical soul or spirit—I believe that my soul unites the interaction of my spirit, mind, and neurological physiology. Much of who I am and what I do originates in my soul, which is intricately linked to my physical (biochemical) body.

This belief means that I am responsible for my actions and others are responsible for theirs. Even if I have strong genetic predispositions toward some behaviors, I have a choice to pursue or repress specific actions and urges. My choices and subsequent behaviors are conditioned over time. Actions become habits. Habits become character. Character becomes identity. Eventually my choices may seem restricted to the point of not even seeming to be choices at all. Classical Greek and Roman philosophy emphasize the training of individual character through learned actions and the conditioning of virtue.

People disagree about how much real freedom we have. The Scriptures make it clear that those who practice a particular kind of behavior become slaves to that behavior (Romans 6). Even if my genetic predispositions and environment are primary drivers of my physical desires, Scripture and classical philosophy agree that my spirit and my soul can be transformed and trained to act differently. But Scripture goes further, making it clear that we need redemption in Jesus in order to walk by the Spirit and not be overwhelmed by our desires (Galatians 5:16).

I not only reject genetic determinism, but as a scientist I also take issue with the previously referenced factoids of how genetically similar we are to each other (99.9 percent) and to chimps (96–98.5 percent, depending on the specific comparisons). The truth is that these percentages are not based on full genomic analyses. Despite claims to the contrary, about 10 percent of the human genome is not yet sequenced, assembled, and characterized in full genomic comparisons. For more on this topic, read my recent Today’s New Reason to Believe article, “Exploring the Human Genome,” or listen to an RTB lecture by adjunct scholar Dr. Katie Galloway, “Do Your Genes Decide Your Fate?”

Why is it important or even relevant to debate substance dualism and genetic determinism? If we sacrifice individual responsibility, we have no grounds to praise others’ actions or to place blame. If we have no control over our actions and all our actions are genetically and epigenetically determined and environmentally influenced, then no action can be denied or judged. One’s religious practice and another’s irreligious actions are basically byproducts of evolution and neither is worse than the other. Horrific actions like human trafficking are merely an individual’s genetic machinery at work. The basis for morality fades into the predetermined genetic outcome of the most powerful or genetically fit in our society. God help us all if the reductionists are right!