Darwin’s Doubt: The Explosive Origin of Animal Life and the Case for Intelligent Design 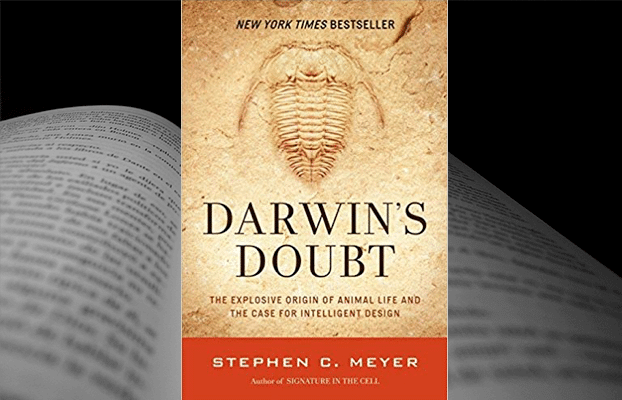 Darwin’s Doubt: The Explosive Origin of Animal Life and the Case for Intelligent Design

Charles Darwin knew that there was a significant event in the history of life that his theory did not explain. In what is known today as the “Cambrian explosion,” 530 million years ago many animals suddenly appeared in the fossil record without apparent ancestors in earlier layers of rock. In Darwin’s Doubt Stephen C. Meyer tells the story of the mystery surrounding this explosion of animal life—a mystery that has intensified, not only because the expected ancestors of these animals have not been found, but also because scientists have learned more about what it takes to construct an animal.

Expanding on the compelling case he presented in his last book, Signature in the Cell, Meyer argues that the theory of intelligent design—which holds that certain features of the universe and of living things are best explained by an intelligent cause, not an undirected process such as natural selection—is ultimately the best explanation for the origin of the Cambrian animals.

More about the book.