A Universe from Nothing? 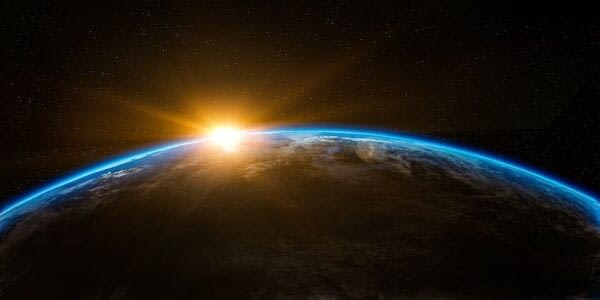 For example, in his book A Universe from Nothing, cosmologist Lawrence Krauss writes,

Some philosophers and many theologians define and redefine “nothing” as not being any of the versions of nothing that scientists currently describe. But therein, in my opinion, lies the intellectual bankruptcy of much of theology and some of modern philosophy, for surely “nothing” is every bit as physical as “something,” especially if it is to be defined as the “absence of something.” It then behooves us to understand precisely the physical nature of both these quantities.

If you’re scratching your head right now, you’re not alone. Clearly, Krauss is using the term nothing to mean something.

Likewise, cosmologist Stephen Hawking echoes this understanding in his book The Grand Design. He writes,

Because there is a law such as gravity, the universe can and will create itself from nothing…. Spontaneous creation is the reason there is something rather than nothing, why the universe exists, why we exist. It is not necessary to invoke God to light the blue touch paper and set the universe going.

At this point, we need to ask a clarifying question: What do you mean by nothing? This is a version of the first Columbo question from Greg Koukl’s book Tactics.

However, this slogan could be misrepresented to mean that there is something called “nothing” that runs like a Deere. This treats something as if it’s nothing when it’s really something. And this is exactly what Krauss and Hawking are doing.

This was brought home to me in a scathing review of Krauss’s book in The New York Times. David Albert is an atheist professor of philosophy at Columbia University with a Ph.D. in theoretical physics. In his book review, he writes,

Krauss and Hawking have not explained how you can get a universe from nothing. Rather, they take something—quantum field vacuum states—call it nothing and then confidently declare that you can get something from nothing. Yet, all they have done is explain how to get something from something. This is precisely why Albert concludes his review by boldly asserting, “As far as I can see, Krauss is dead wrong and his religious and philosophical critics are absolutely right.”