A gadget may be wonderful – but it’s just a gadget 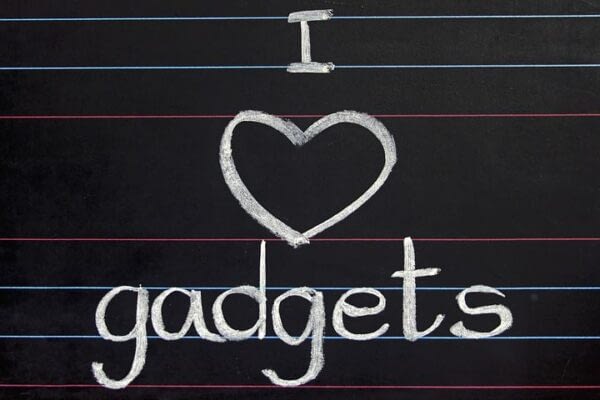 Being iTuned day and night diminishes our humanity. It does not enhance it.

I have very little of Mr Blake’s company, the wife of the poet William Blake is reputed to have told visitors.

“He is always in Paradise.” When the artist George Richmond called on Blake, complaining that inspiration had deserted him, the poet sympathised. “It is just so with us,” he said turning to his wife, ‘when, for weeks together, the visions forsake us. And what do we do then, Kate?” “We kneel down and pray, Mr Blake,” his wife replied.

We make a point of staying out of prayer in this column. If it works for you, it works for you. But we are on the side of the visionary in art, even if visions don’t always yield the art we like most. And when it comes to Paradise we certainly think it’s a good place for the artist or the poet to visit, occasionally. Occasionally. If Blake was always there it would explain the inaccessibility of much of his prophetic writing.

That aside, we think the word visionary is worth holding in reserve to describe people who have visions, that’s to say people who sometimes find the material world inadequate to their imaginations. The odd saint, a poet such as Blake, a painter such as Stanley Spencer, a novelist such as D H Lawrence. Not dreamers or fastidious fantasists who withdraw from the flesh – quite the contrary in the case of those I’ve just cited, sexual adventurers, all of them, in principle if not necessarily in act – but men for whom the here and now is interfused with intimations of sublimities which originate elsewhere.

If you think that conjures up a vision a modern-day Blake might have liked to paint, it doesn’t make any of the parties to it visionaries. However we describe Jobs himself, those who subscribe to the near-sanctification of his genius can only be called cultists, and a cultist is several steps down the ladder of afflatus from a visionary.

Don’t get me wrong, I am an admirer of that genius myself. I would never have acquired the small mastery of computing I possess had it not been for Apple. I recall my son, who was a computer whizz kid and PC aficionado, expressing scorn for the insulting baby symbols and icons intrinsic to Apple’s early operating systems. What he didn’t understand was that technology scares the living daylights out of some people, and only being taken firmly by the hand and spoken to like an infant will get them through the minefield.

I daren’t tell my son that I am good friends with the creator of a computer actually called Simplicity that makes the whole business friendly for those to whom technospeak is as a language from another planet. “Why do you want something whose beauty is its complexity, like a sentence by your beloved Henry James, made simple, like a picture by Walt Disney?” I hear my son jeer. “Because I do,” is my reply. “Now take yourself to bed or you won’t be getting any pocket money.”

In its own way my apartment is a shrine to Jobs. At a rough count, and including some machines which are now defunct but which I cannot part with for sentimental reasons, I’d say my wife and I have 20 Apple products between us. I like some more than others, but I acknowledge a dependence on them all. They are wonderful gadgets: exquisitely designed, marvellously easy to operate, and without them my life would be clunkier than it is. But, reader, they are gadgets.

You Are Not a Gadget is the title of a soul-searching little book by Jaron Lanier, one of the pioneers of digital media who has now grown concerned that we are losing our humanity to the machine. “Cybernetic totalists” or “digital Maoists” are his terms for those tribalists who have lost their reason to computers, and you have certainly lost your reason if you see Jobs’s inventions as in any way visionary. Forward looking, yes; bold and determined, yes; I will even give you, if you insist, inspirational in the sense that he inspired others to value what he valued. But someone who found the material world inadequate to his imagination, someone who spent much of his time in Paradise in order to understand the nature of existence outside it, no.

“Whither is fled, the visionary gleam?” Wordsworth asked. And he did not mean by that that he had mislaid his iPhone. The loss which Wordsworth described with such poignancy was not a loss of any of the conveniences of life, but a forgoing of that which conferred a splendour on existence, a light which was other than the light of “common day”.

Jobs might have made the light of common day shine brighter, and he is due great credit for that, but he didn’t turn our eyes towards another reality or change the way we see the one we know. Thereafter, if those cultists who will queue through the night for whatever Apple produces next persist in their idolatry, we may have to remind them that our sense of desperate alienation when they fail is a degrading consequence of his marvellous inventions, that the being iTuned day and night is a diminution of one’s humanity not an enhancement of it, and that the democratic conversation to which his gadgets grant universal access has turned out to be an opinionated, vitriolic babble compared with which the Tower of Babel was a model of enlightened discourse.

I hope for his sake, personally, that Steve Jobs is in Paradise. But nothing he invented, championed and sold will take us there.